UCAT exam registration opens on the 1st of March, 2022, for test bookings from the 1st of July to the 12th of August, 2022. Candidates are required to follow a TWO-step process to complete the registration and booking of a UCAT test date. Completing the first step DOES NOT mean you will complete UCAT registration – if you only complete step 1 and not step 2, you will miss out on your chance to sit the UCAT in 2022.

Please follow steps 1 and 2 carefully via this link: https://www.ucat.edu.au/ucat-anz/ucat-anz-2021/

Although registering for the exam may appear to be substantially less important than preparing for the test and test day execution, choosing the right day could play just as an essential part in gaining entry into medicine or dentistry. This guide will outline all the key considerations every student should examine when deciding on their UCAT exam date. You need to consider all the following points before securing your test venue and date the moment registrations open to avoid disappointment. And yes, popular dates are snatched up within 30 mins of registrations opening so you need to be quick to book your ideal test date.

1) How much more preparation time do you need to achieve the 99th percentile in the UCAT?

Having worked with thousands of students over the last 14 years for UCAT and UMAT preparation, the majority of students never correctly think about this question above. Most students choose the test date that has the least impact on their school/uni schedule, rather than thinking about whether they will be fully prepared by that date to perform at their best. It’s as if students are more concerned about having no distractions during school terms/uni semesters than prioritising the single most crucial test that will determine their future career pathway. Not only is UCAT used by many medical schools as the only criterion for applicants to be invited to interviews (and if you don’t get an interview, you cannot even ‘use’ your ATAR, meaning that all the effort you put into your entire high school career is effectively useless), students forget that the UCAT is often weighted the SAME as every one of your assessments across all of your Year 12 subjects, except that it’s a single 2-hour exam. If five Year 12 subjects contribute to your ATAR, it is as if all the countless hours spent on the homework, assignments, tests and exams for one subject is worth the same as 24 mins of the UCAT exam (2 hours divided by 5). Crazy. Maybe because the UCAT is ‘still 122 days away’ from the 1st of March, students forget its importance. If you are already super worried about an upcoming assessment in two weeks that contributes to 5% of your final subject grade, not thinking about the gravity of the UCAT in the way it deserves when choosing your test date will only lead to a stressful experience beyond your comprehension.

I’ve had past students who became so stressed out due to poor decision-making that they become insomniacs, ill, or (even worse) vomited or passed out while taking transport to the exam centre. Why? These students did not prioritise the UCAT and did not think about what specific study activity and the amount of each activity needed (i.e., the time involved) to master the techniques for accurately and quickly solving each of the 14 question types according to their strengths and weaknesses. In turn, they wrongly estimate the amount of time required to properly complete preparation due to unrealistic planning, and head into the exam knowing they are nowhere near their best.

In summary, if you want to achieve a competitive UCAT score, ONLY think about the best time to sit UCAT as a natural consequence of the type and amount of preparation to equip yourself with all the skills you need. There’s nothing more important during July and August than the UCAT exam.

However, I do recommend students sit the exam at the end of the Term 2 holidays or the beginning of Term 3 (i.e. 11th/12th/13th/14th of July) or the first weekend of Term 3 IF their preparation is on time and on point. We find sitting the UCAT in the first week of July to provide no real benefit whatsoever. Instead, students end up sabotaging themselves by having at least a week less to complete preparation. Think about it this way: would you rather have an extra week to prepare for your final school exams when you are not yet close to being ready? Here’s the thing, I have never met a student who was confident enough about their preparation that they KNEW they would score 99th percentile before going into the test. There is also a rumour that earlier UCAT exams use versions of the test (yes, there are multiple versions) that are easier than the versions used for later dates. Therefore, the idea is that sitting the UCAT earlier will allow the candidate to achieve a higher score. This rumour is nothing more than a misconception. UCAT ANZ has already publicly confirmed that all UCAT test versions will be standardised across a common 300-900 scale per section that accounts for all the different questions and ‘difficulties’ so that no test version provides an ‘extra’ advantage over any other version.

2) What is your June, July and August schedule for other high-priority activities (e.g. school tests, assignments, exams)?

Even though the UCAT exam is the absolute top priority during July and August, you cannot simply stop attending classes at school/university and delay all academic assessments to focus on it. The three months listed above are, in fact, the most challenging time for a high school student (besides the end of year exams), where the mid-year exams account for a significant portion of the final grade. Therefore, it is critical to chat with your teachers to learn the dates, assessment criteria, and assessment style of every exam during those three months before deciding on an ideal UCAT test date. Here are the reasons why:

i) Planning for how much time is required to complete all necessary study tasks and activities that will allow you to establish a realistic study plan. A solid and realistic study plan will, in the worst case, still guarantee a mark you can be proud of for every subject. Once you’ve planned out your study schedule, while keeping in mind all assessment days or due-in dates of whatever assignment or homework, will give you a clear idea of how much time you have left for UCAT preparation. This discovery allows students to determine the best date to sit the UCAT after completing sufficient preparation to score the 99th percentile (see point 1 above for more information). You might find that you need to take studying more seriously now to prevent a very tragic yet avoidable result come July and August.

ii) Completing point i) above will allow you to realise your real priorities during this time period. Doing this allows you to identify and pause/stop all non-high priority commitments temporarily if required. Reallocating ‘extra’ time to high-priority tasks enables you to give full attention to whatever deserves your full attention leading to a less stressful and more manageable time, on top of achieving significantly better academic and UCAT results. I recall talking to students who decided to participate in an overseas trip organised by the school during Term 2 holidays. These students ended up flunking their UCAT and all their assessments, much to their surprise, but to no one else’s.

iii) This final point is straightforward – don’t sit the UCAT on the same day (or a day or two before/after) your school exams. Top achievers on the UCAT are super focused, calm and collected leading up to the exam. It isn’t easy to do this when your UCAT exam date is surrounding by other important assessments, and your attention is split. I recommend you to sit the UCAT at least 4–5 days before/after your exam block to give yourself enough time to refocus on every assessment equally.

Things always happen. I’ve had students who fall sick, get into accidents, or experience personal misfortunes (e.g., deaths in the family) days before their scheduled UCAT test date. Recognising this possibility, UCAT allows any student to reschedule their test time as long as the rescheduling does not happen within the final 24 hours before the original exam time. The OTHER condition for rescheduling is that there need to be available streams remaining for the student to schedule into, subject to how many days are left in the UCAT testing season and whether they are full. Therefore, I do not recommend students to register in the final week of the testing season (i.e., 4th of August onwards) because if something unexpected pops up, you may need to forfeit the exam or sit it in suboptimal conditions. In the same way, you can book an ideal UCAT exam date now and, depending on how you progress with preparation, move the date forward or back depending on your readiness. For all information relating to the conditions and processes for rescheduling, please refer to this link: https://www.ucat.edu.au/register/rescheduling-and-cancelling/

In addition to picking the right date, choosing the right venue will also provide advantages on the test date. There should be multiple venues across any given date in your city. After selecting your desired date (i.e., step 2 of the registration process), the Pearson VUE account you log into will show you all the venue names and locations available. I recommend you copy and paste the venue’s name or address into Google search to find out what type of training the venue is usually used for and how modern the facilities are (via Google images). Generally speaking, the newer the venue and the more computer courses run at the venue, the better the equipment. In previous years, some venues used old equipment that led to extreme lagging, monitor flickering or even computers crashing. Also, make sure the venue you choose is somewhere you can get to with relatively predictable traffic. There’s nothing worse than stressing out on the way to the test venue due to delayed or ‘surprise’ traffic.

I hope this article is helpful! All the best and keep up the good work 🙂 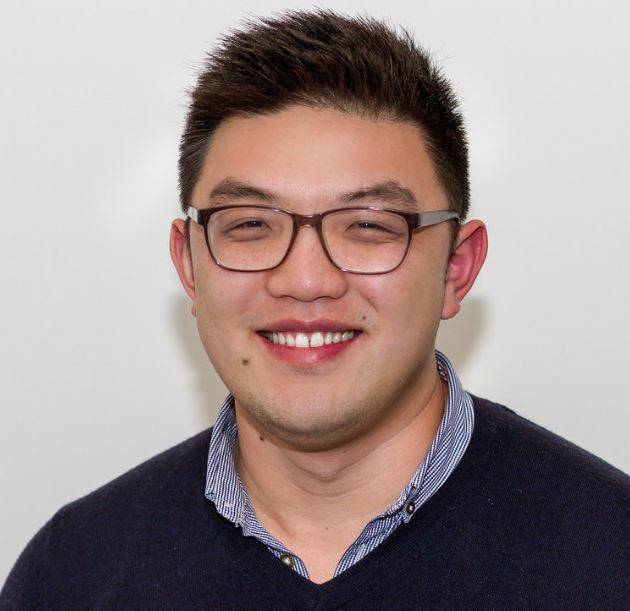 Fill in your details to be invited to upcoming free UCAT sessions (plus get free resources, updates on med/dent entry, and more!)

Fill in your details to be invited to upcoming free UCAT sessions (plus get free resources, updates on med/dent entry, and more!)

By submitting your details, you will be added to iCanMed's mailing list to be sent information about free events, resources, preparation courses and medical/dental entry information (no spam, we promise). You can unsubscribe to opt out at any time.